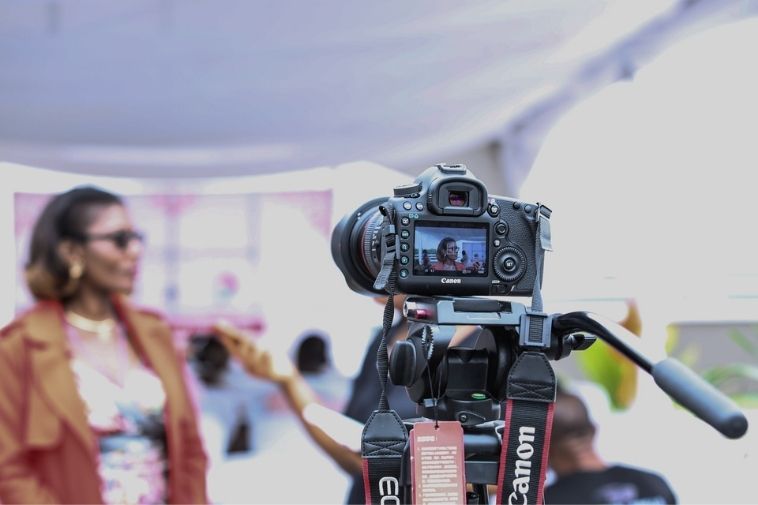 In the past few years, video marketing content has experienced an unprecedented rise in popularity as a tool to sell.

Whether you are just browsing your social media feed or reading an online article or playing a game on your phone, the videos are there.

The impact of this marketing tool cannot be ignored. Many marketers reported that videos have helped increase their company sales.

The proof that the power of video marketing is undeniable stays in the following statistics:

In a previous article, I explored the advantages of promoting your services through videos.

We will now take a look at the video marketing trends in 2019.

1. Use videos in your emails

2. How to add videos to your email

3. How to add a video to your email signature

1. Use videos in your emails

Stand out from the crowd by using videos in your emails. Using the word video in your emails is proved to make people open them more often. In other words, this will increase your open rates by seven per cent.

Plus, experts say that video thumbnails will bring you more clicks. Having videos in your marketing emails will also add some personality. Clients will actually put faces to names.

2. How to add videos to your email

Watch the below tutorial to find out how to embed YouTube videos into the body of any email.

3. How to add a video to your email signature

If you rather prefer to know how to add a video to your email signature in Outlook and not in the body of the email then check this video.

Similarly, you can add a video to your Gmail signature. Have a quick look at the following video if you don’t know how to do it.

A 2017 Cisco report was claiming that online videos will be responsible for as much as 85% of internet traffic by 2019.

Without any doubt, videos are vital for online marketing but more importantly, it is interesting to know that people prefer to watch short videos rather than long ones.

The so-called micro-videos are usually found on social media platforms such as Snapchat or Instagram.

The short videos, popularized by Vine, the micro-video arm of Twitter, can have anything between a few seconds and a minute, according to Idea Rocket.

However, it is recommended to set your video at 15 seconds or less.

Telling your brand story in 15 seconds or less might not seem enough. On the contrary, studies have shown that consumers would rather watch videos under a minute long.

Unfortunately, companies haven’t quite figured out the magic formula for captivating clients with such short stories.

Some Snapchat videos would actually have an average of three seconds which raises the question – What can brands say in such a short time in order to engage consumers?

Story Teq explains in their article what are the 6 steps that will help you create the ideal micro-video content:

An experiment carried out by Google on a 60 second 360 video ad and a standard format video, as well as full-length versions, had got interesting results.

While the 360 version had a lower view-through rate, it had a higher click-through rate, along with more views, shares and subscribes.

Nowadays, it is even easier to stream 360 videos on social media. Let’s take a look at Facebook 360 which gives a real opportunity to companies to engage with users.

Back in 2016, when Facebook launched the 360 feature, the product director, Fidji Simo, said:  “We build products based on what the audience tells us they want. People want to feel like they’re part of the action”. This is why famous brands started creating 360 videos.

Take this example promoting the Honda Civic at the 2016 Red Bull Global Rallycross which shows how visceral and immediate 360 marketing can be.

Yet, 2019 will continue to proliferate the AR enterprise software as it continues to demonstrate its commercial potential.

According to Global Market Insights, the international VR market is predicted to grow at a nearly 81% compound annual growth rate until 2024.

Adding augmented reality to your marketing videos will create a more immersive experience for your clients.

You will be able to produce an integrated 3D image of products by using any previous 2D marketing content.

The Complete On Page SEO Checklist For Voice Over Websites

Previous ArticleThe Romanian Voice Over That Dubbed Over 3,000 Hollywood Movies
Next ArticleLearn How To Create Effective Explainer Videos
TOP